Causes of Gutter Leaks and How to Fix Them

If you spot that you have some water damage down the side of your house, it could be that you have a leak in your gutter, and this is something that you should catch as early as possible to minimise the damage caused.

There are a few causes of gutter leaks and we’re going to delve into the main ones so that you can watch out for the signs and symptoms, before the situation gets too bad and causes havoc on your home.

The most common issue, is not that your gutters actually have any problem at all, but that they are clogged with leaves, sticks and debris, so water cannot drain away properly. Thus, it drips and falls over the sides of the gutter, causing water damage to the side of your home.

To fix this, simply clear away the debris and flush out the dead foliage from your pipes. Whilst this is a time-consuming job, it’s not usually too difficult to do, but ensure you are safe when working at height, and always use the proper equipment to avoid damaging your pipes – and yourself! Otherwise, trust in professional gutter cleaners to take care of it for you.

These are usually caused by a build-up of water in one area that can corrode the gutter over time. This usually takes years to occur, and can’t really be prevented unfortunately, but you just need to look out for unusual dripping. To fix small holes, simply clean the area and fill it in with waterproof sealant or caulk, or for bigger holes you’re usually better replacing the whole section of guttering. 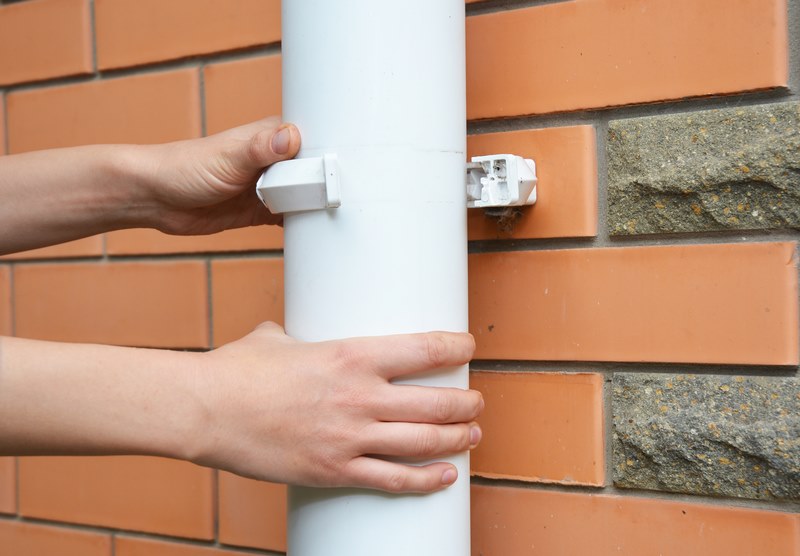 Having cracks in the bodywork of the gutter is another common problem, also caused by a build-up of water, but this problem is likely to happen around the seals and seams of guttering, since these catch debris as they pass. This can cause an excess build-up of water and erode the piping, so often cracks form at these points under the extra strain.

To fix, follow the same steps as above for the holes remedy, or if the cracks have caused separation from the seam, these will need re-fastening and sealing together.

Since clogging is a frequent issue, this can often lead to the piping becoming heavy and waterlogged in a particular area, and this can lead to sagging of the guttering. If this occurs the symptoms can worsen, since the gutter will slope in one direction, causing more water build up and erosion in particular places. This is one of the bigger issues, and nearly always requires professional help, since to fix this the guttering will need to be re-hung on it’s proper slant.

Separation at the Joints

The final common issue is when debris builds up around the joints (catching on the rims) and causes the joints to erode and separate. The corner joint for instance is particularly vulnerable for this as it often collects a lot of debris. To fix this, simply replace the problematic joint and re-seal. However, check there are not signs of other damage to the surrounding poles, and that there isn’t sagging in either direction, as re-sealing the joint won’t help if there are other connecting problems.

We hope you found this useful, and for more tips, come back again soon! Please do not hesitate to give us a call or fill out our contact form if you have any other questions or concerns.